Editor’s Note: This article is regularly updated to bring you relevant, up-to-date information.

The bulk of first-quarter earnings have been released, but there are still a few marquee names left to report during the week of May 31. These include a nice sampling of stay-at-home names that have seen monster growth during the global pandemic, a few large cap technology companies and some cyclical plays whose stock prices have been rising in recent months as growing numbers of people get vaccinated against Covid-19 and the U.S. economy reopens at a faster clip.

Several of the companies reporting earnings in the coming week have the potential to move markets should their results outperform or disappoint by a big margin. Here are seven earnings reports investors should watch as we leave May behind and move into June.

Earnings Reports To Watch The Week Of May 31: Zoom Video Communications (ZM)

In many respects, Zoom Video Communications was the stock of the pandemic. The San Jose, California-based video conferencing company held its initial public offering (IPO) in April 2019, exactly 11 months before Covid-19 hit. Once we were all working and learning online from home, Zoom Video turned out to be the right company at the right time. And ZM stock benefitted. Having debuted on the Nasdaq stock exchange at $62 a share, the stock was trading under $100 when Covid-19 reached American shores in March 2020. It then vaulted to an all-time high of $588.84, reached in October of last year, for an impressive gain of over 700% YTD in 2020.

Some of the shine has come off ZM stock this year as life begins to return to pre-pandemic rhythms. Since last October, the company’s share price is down 44% to $331.28. However, analysts remain bullish on Zoom Video’s prospects and the future direction of the stock. Betting that video conferencing is here to stay even after people return to school and work, analysts have a median price target on Zoom stock of $420 a share, suggesting a potential 27% upside.

As for the company’s upcoming earnings, Zoom has forecast revenue of $902.5 million versus analyst estimates of $830 million. Zoom said it expects an adjusted profit of 96 cents a share, compared to analysts who have called for earnings per share of 72 cents.

Upscale home furnishings company Restoration Hardware seems to be having it both ways. The Corte Madera, California-based company did stellar business during the pandemic as affluent Americans decorated their homes while sheltering-in-place. The companies catalogue and online sales skyrocketed during the pandemic. And now that the economy is reopening, Restoration Hardware’s nearly 40 retail outlets in the U.S. and Canada are again performing strongly, complimenting the continued strength of its online business.

This success is reflected in RH stock, which rose more than 100% in 2020 and then rose another 42% this year, peaking at $733.05 at the end of April. The company’s share price has since come down 11% to its current level of around $640. But most analysts see this as a momentary breather before the stock again runs higher. As both a pandemic lock down and a retail reopening play, it seems that Restoration Hardware’s stock can’t lose. No wonder it’s a holding in the portfolio of legendary investor Warren Buffett.

Analysts forecast that Restoration Hardware will report earnings per share of $4.08 for its most recent quarter, up 221% from $1.27 reported in the same period last year.

Earnings Reports To Watch The Week Of May 31: StoneCo (STNE) 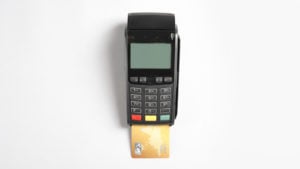 Brazilian fintech company StoneCo was another stock that Warren Buffett liked a lot. However, the Oracle of Omaha reduced his stake in the company by 24% last quarter, according to the latest 13F securities filing of Buffett’s holding company Berkshire Hathaway (NYSE:BRK.A, NYSE:BRK.B). Exactly why Buffett unloaded some of his STNE stock remains a mystery. The share price has performed extremely well over the past year, having almost doubled (up 94%) in the past 12-months to its current level of $66.11.

In addition to the impressive performance of STNE stock, other reasons to like StoneCo are that the company has no debt on its balance sheet and nearly $5 billion of cash on hand. That makes for a very attractive balance sheet. Add in a market dominant position in its native Brazil and there remain plenty of good reasons to invest in StoneCo. While analysts forecast revenue to come in at $155.26 million for the first quarter, down 4.1% from a year earlier, StoneCo is expected to post earnings per share of $0.16, which would be up 23% from the first quarter of 2020.

A lot is riding on next week’s earnings from Canadian cannabis producer Canopy Growth. The company has been a consistent under performer on the earnings front, sending its share price sharply lower each time it reports. For the fourth and final quarter of 2020, Canopy Growth reported a net loss of $829.3 million, half of which was due to impairment charges related to the closure of several production facilities last year. A year earlier, Canopy Growth had posted a net loss of $109 million. The company also warned that it is still a year away from becoming profitable.

Canopy Growth followed its last earnings results by announcing in early March further cuts to its operations. The company laid off 75 people in its native Canada and announced that it is closing its production facility in Denmark, a move that will result in 60 additional employees being let go. In the past year, Canopy Growth has seen the departure of 1,000 staff worldwide. Analysts forecast that Canopy Growth will report a loss of 18 cents per share when it presents its fiscal fourth quarter earnings on June 1. That would be an improvement of 85% from a year ago.

Earnings Reports To Watch The Week Of May 31: Campbell Soup (CPB)

The Campbell Soup Company, which makes world famous canned soups and packaged food products such as Prego pasta sauce, Pace salsa and Goldfish crackers, is not a stock that is prone to big moves either higher or lower. Like the soups it makes, CPB stock is reliably comforting in its consistency. Yet the Camden, New Jersey-based company had a moment at the start of the pandemic as consumers rushed to stock pile its products in their pantries at home, rising 20% in late March and early April of last year.

Since that initial spike, CPB stock has settled back down and, since last summer, has traded in a range between $45 and $50 per share. Currently the stock is at $48.57, up a slight 0.5% year-to-date. Although Campbell Soup is not likely to set the world on fire with its upcoming earnings, analysts will still be watching to see if the company has gotten a bump as the economy grows this year. Analysts forecast that Campbell Soup will report earnings per share next week of $0.66, down 20% from earnings per share of $0.83 a year earlier.

The company recently announced a quarterly dividend of $0.37, which will be paid on August 2. This represents a $1.48 annualized dividend and a dividend yield of 3.06%.

Cybersecurity technology company CrowdStrike’s stock has been on an upswing since hackers disrupted the Colonial Pipeline with a ransomware attack that took offline the pipeline that carries 2.5 million barrels a day, representing 45% of the U.S. East Coast’s supply of diesel, petrol and jet fuel. The major cyber attack that threatened America’s energy security turned attention towards companies such as CrowdStrike that are focused on preventing cyber attacks. Since the Colonial Pipeline attack, CRWD stock has risen 19% to its current level of $223.45.

The rising share price has been welcomed by CrowdStrike shareholders who had to hold on tightly as the stock fell 28% between mid-February and late March as investors moved money out of technology stocks and into value and cyclical names.

Shares of the Sunnyvale, California-based company are now marching higher and strong financial results from CrowdStrike can only help send them up even more. Analysts expect the company to report earnings per share of $0.06, which would be a year-over-year increase of 200%. Revenues are expected to be $292.2 million, up 64% from the same period of 2020.

Earnings Reports To Watch The Week Of May 31: Lululemon Athletica (LULU) 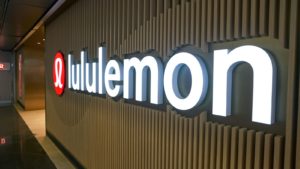 Athletic apparel retailer Lululemon Athletica was popular before the pandemic. But once people were working from home, its sweatpants and tights became even more desirable among people looking for comfortable casual wear. The Vancouver, British Columbia-based company got lumped in with stay-at-home stocks and its share price rose 57% over 2020, hitting an all-time high of just a shade under $400 per share.

With the economic reopening and people emerging from Covid-19 hibernation, LULU stock has taken a gut punch this year and is down 9% from its all-time high at its current level of $328.65 a share. Yet the company’s future still looks bright. The median price target on the stock is currently $397, with a high estimate of $465. When the company reports earnings on June 3, analysts expect earnings per share of $0.90, which would be 310% higher than earnings per share of $0.22 a year ago.