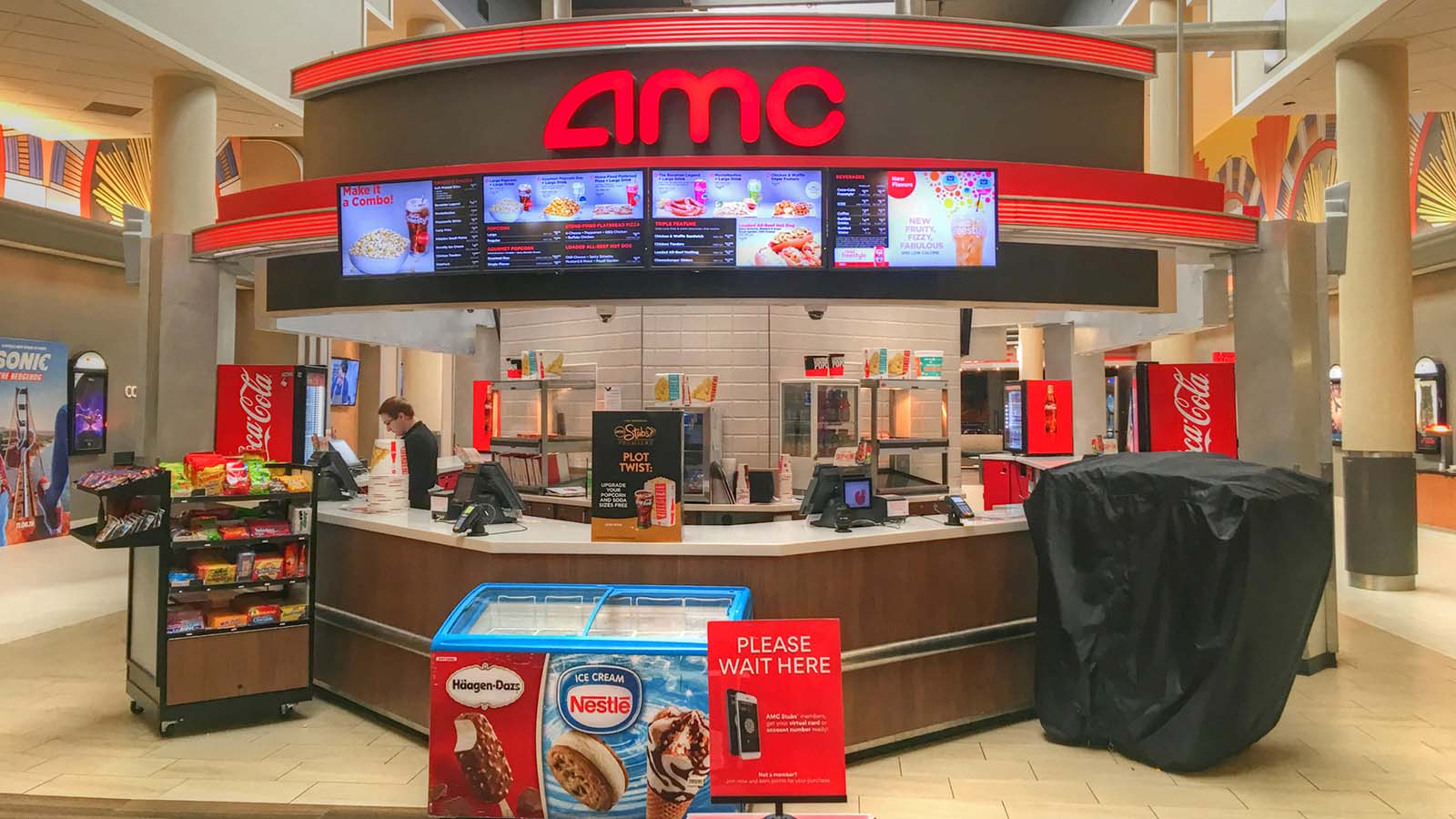 Prior to the meme-trading phenomenon, I supported the contrarian bullish case for cineplex operator AMC Entertainment (NYSE:AMC). In the many years leading up to the Covid-19 pandemic, streaming companies like Netflix (NASDAQ:NFLX) had been siphoning market share from the box office. Naturally, this dynamic put intense pressure on AMC stock.

Nevertheless, the underlying company had its place in the pre-pandemic business landscape. Sure, you can’t beat the convenience of watching compelling content at home and on demand. At the same time, we humans by nature are social creatures. Isolation is one of the toughest things a person can endure, which is one of the post-pandemic arguments for AMC stock.

But in 2019, I endorsed the optimistic idea regarding the cineplex operator despite extreme volatility at the time. Why? “It really comes down to the value proposition,” I wrote. “While streaming has taken over the entertainment landscape, the box office offers an unparalleled consumer experience. Plus, taking your family out to the movies is a much cheaper form of escapism than going to a ballgame.”

If that narrative had any merit before the pandemic, it certainly does after it. True, the health concerns regarding the ongoing crisis is nothing to scoff at. However, this is America — people don’t back down from anything and arguably, that includes Covid-19. And with so many people denied basic social experiences, AMC stock stands to be a beneficiary.

Further, you only need to look at the retail revenge phenomenon — or the concept that people are ready to spend like crazy after being denied in 2020 — to appreciate the longer-term bullish case for AMC stock. People want to go back to normal, which in theory supports the recovery thesis for the box office.

If only the numbers justified the enthusiasm.

Consumer Shifts Are Not Helpful for AMC Stock

To be fair, proponents of AMC stock have their own evidence bolstering their arguments. As data from the Bureau of Economic Analysis shows, the personal saving rate was extremely elevated from April 2020 to April 2021. Since then, the metric has dipped into high-single-digit territory, implying that people are opening their wallets after roughly a year of pandemic-related mitigation efforts.

As well, research from Morning Consult indicated that “42% of Gen Zers said they plan to go to the movies more following the pandemic.” On paper, that’s exactly the kind of consumer excitement that stakeholders of AMC stock have been hoping for. After all, the Generation Z demographic, having grown up in the digitalization era, are the most likely to stream entertainment almost exclusively.

But the nagging problem in this argument is cost. Morning Consult’s Sarah Shevenock reported that 72% of Gen Z members surveyed “said the expense of tickets was a reason they don’t go to the movies.” Of note is that 70% “said the same about new films being released on streaming or video on-demand platforms.”

Such findings led Kevin Westcott, a vice chairman and leader of Deloitte’s U.S. technology, media and telecommunications practice, to state that cineplex operators will need to implement a business rethink. “Movie theaters are going to evolve because there are groups of the population who will not return on the same level.”

The obvious answer seems to be incentivization programs, which is sort of like playing football without downside protection, so to speak. You might run a tick faster but you’re playing with fire.

In AMC’s case, the company outside of extreme pressure points runs operations robustly in the black. But at a time when operations are deeply in the red, I’m not sure if offering consumer incentives is sustainable.

Not surprisingly, many industry experts have suggested that AMC and other cineplex operators revamp their businesses to focus more on premium seating and other higher-level experiences. In limited circumstances, that could work out beautifully. The problem, though, is that AMC stock has been long-dependent on a volume-driven business plan.

Look, when the latest Star Wars- or Marvel Comics-based film hits the big screen, you’re not really thinking about profitability per viewer. Instead, you want to fill as many butts in those seats as possible, in part because those butts temporarily leave for high-profit concessions, thus tempting others to do the same.

Unfortunately, I don’t see premium seating as a panacea for AMC stock in the new normal. Then again, I don’t have an answer other than I’m going to wait and see how this circumstance plays out.

On the date of publication, Josh Enomoto held a LONG position in AMC. The opinions expressed in this article are those of the writer, subject to the InvestorPlace.com Publishing Guidelines.