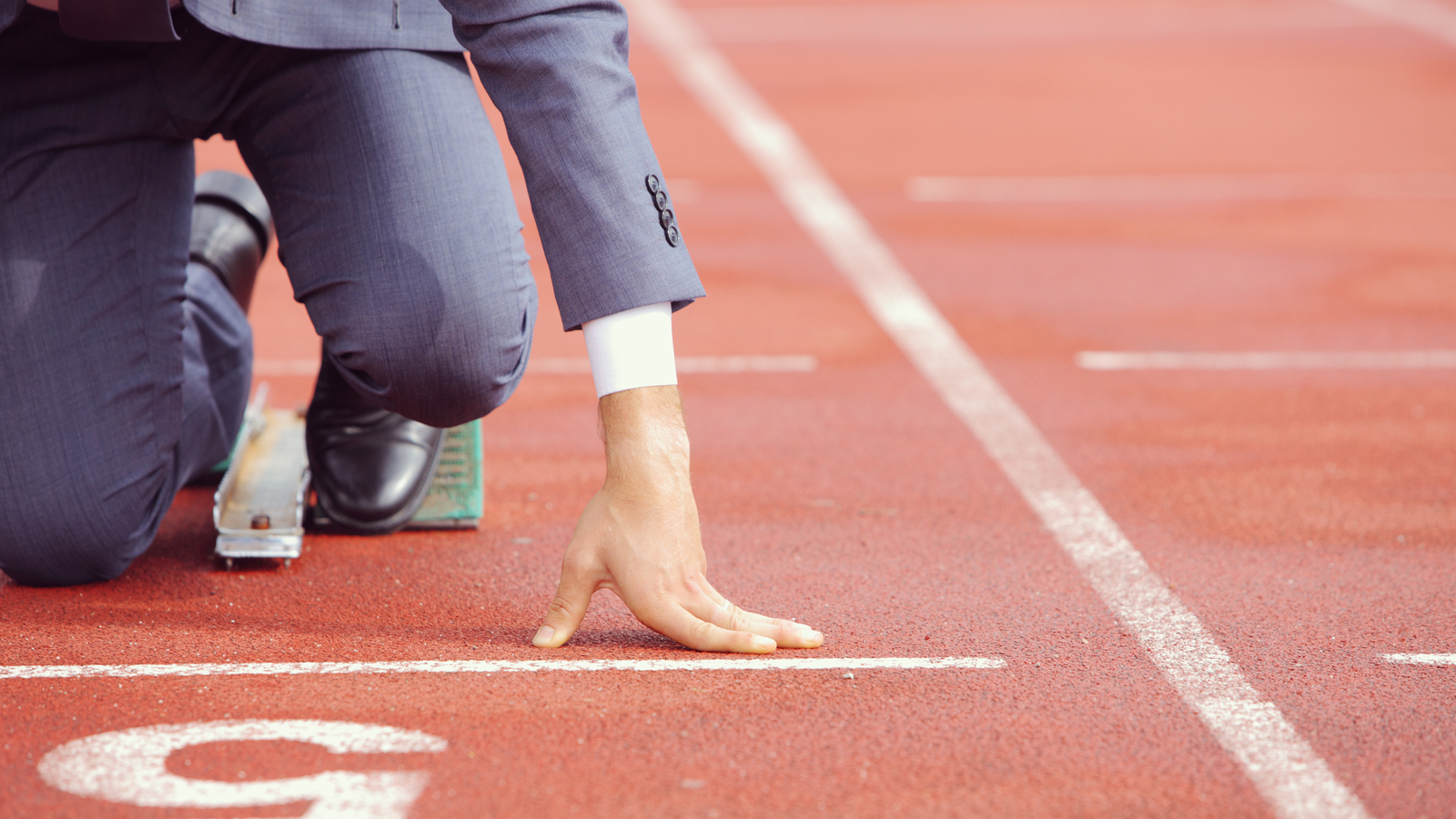 Ride the rising tide is the prevailing theory behind investing in momentum stocks. It’s essentially the polar opposite of buy low, sell high investing. Moreover, one of the advantageous aspects of momentum investing is that it works best in bull markets. Investors tend to herd in to a higher degree in bull markets. Fortunately for investors, we are currently in the midst of a bull market right now.

Of course, everyone is familiar with the concept of momentum. Technically, momentum can be measured as the rate of acceleration or deceleration over a given time period. But in the investing world, it basically refers to the idea that rising or declining prices build up steam and will continue a stock’s movement in a given direction.

Based on this, momentum stocks could go either way, improving or declining. However, for the purposes of this article, I will focus on names that are improving.  So, that in mind, let’s jump into a bunch of stocks that have the capacity to continue their recent upward ascents.

Depending on the time frame from which you view it, Gamestop is one of the top momentum stocks to show little sign of slowing. While GME stock has slid about 13% over the last three months, the bigger picture indicates that it still has the capacity to move upward for a long period of time.

Of course, GME has been nothing if not volatile so far in 2021. However, it has appreciated in price overall. Year-to-date (YTD), the stock has proven itself to be the proverbial 10-bagger, rising almost 1,000%. And over the past month? It’s up 25%.

In any case, as long as Reddit users and other retail investors continue to take interest in Gamestop, the momentum should carry on. That’s especially likely as Gamestop has become something of a symbol of defiance against Wall Street’s powers that be.

To me, there’s also a clear shift going on here at InvestorPlace in regards to GME stock. A few months ago, it was clear most of my colleagues (as well as myself) were judging Gamestop on its weak fundamentals alone. Most headlines warned against buying the hype. But, over the last few weeks, that has changed.

The broader symbolism of GME should bolster it moving forward — despite even the fundamental issues that underpin this equity.

Next up, I really like Moderna as a momentum pick. The last time I wrote about momentum stocks was in July. I led off that article with MRNA stock because I thought it had great prospects to continue its upward momentum.

Luckily, I was right. Since that article, MRNA has run up from $307 to nearly $420 as of the close of Sept. 13. Now, there’s little to suggest that the stock won’t blow past the current high analyst price of $485.

The catalysts surrounding Moderna are fairly straightforward: the company offers one of three Covid-19 vaccines with Emergency Use Approval (EUA) from the U.S. Food and Drug Administration (FDA). Plus, it recently received further utility when the FDA amended that approval “to allow for an additional dose to be given to certain immunocompromised individuals.”

Although this company is anticipated to see revenues remain flat in 2022, things could very well change. The current situation with the pandemic has become worse, which favors Moderna. What’s more, the company is planning to announce a two-in-one Covid-19 and flu vaccine. Lastly, there’s the possibility of extensive vaccine mandates.

Sure, the unvaccinated are unlikely to change their position. But if mandates do take effect, MRNA stock should rise as well.

Netflix has been red hot over the last three months. In that period, this pick of the momentum stocks has appreciated in price by nearly 100%. NFLX is the streaming service pioneer that continues to log quarter after quarter of strong earnings. In its second quarter, Netflix reported $7.3 billion in revenues, representing 19.4% year-over-year (YOY) growth. Moreover, revenues are anticipated to hit nearly $7.5 billion in Q3.

Netflix may be maturing to a degree, but it is still useful to look back and appreciate how much it has grown over the past five years. Netflix has witnessed astounding average growth rates (measured at fiscal year end over that five-year span). For example, revenue has grown at 36.6% annually, net income at 275.8% and earnings per share (EPS) at 265.7%.

Investors shouldn’t expect those kinds of numbers to continue by any means. In fact, revenue is expected to hit just $34 billion in 2022 and $29.61 billion this year. But the thrust is that Netflix has very much succeeded as a business, getting countless viewers to unplug from cable altogether.

Albemarle has been mentioned throughout 2021 as a stock to watch based on its leading position as a chemical specialist in both lithium and bromine. In fact, for quite some time, pundits have been speculating that ALB stock should get a boost due to lithium’s importance in batteries for the electric vehicle (EV) sector.

To that end, ALB stock certainly has taken off, especially in the past three months, rising nearly 37% as of this writing. The company’s recent investor day presentation also highlighted lithium’s importance in “enabling the EV revolution.” Plus, bromine plays a similarly important role in “providing critical materials for electrification and digitization.”

This company is expecting sustained growth through at least 2026 according to that same presentation (Page 7). It anticipates hitting $6 billion to $7 billion in revenue by 2026, more than doubling from 2021 levels. Albemarle also expects to more than triple both EBITDA and cash from operations within that same time frame.

Lastly, though, Albemarle is on track with its five-year revenue growth rate expectation of 12% to 17% for lithium revenues (Page 14). It is very difficult to bet against this pick of the momentum stocks in the context of broader EV growth.

Apple was due for a breakout several times this year. The company posted record quarterly results in each of its three quarterly reports. Apple also continuously broke revenue records in each of those successive quarters but was plagued by flat market sentiment until it reached an inflection point in June.

Since then, AAPL stock has risen to levels around $150. And, with the company set to release a new generation of iPhones next week, there’s little reason to expect things to slow. According to Barron’s, Morgan Stanley’s Katy Huberty “expects the fall to be a busy period for Apple product launches.” Specifically, Huberty believes next week’s event will focus on the new Apple Watch, iPhone and possibly the new AirPods.

That’ll almost certainly mean that this pick of the momentum stocks will rise along with revenues. Time has shown that consumers love Apple’s products, so this fall should be no different. Plus, Apple is less the target of a big tech breakup these days and more a company that breaks records quarter in and quarter out.

Next up on this list of momentum stocks, Duke Realty is an industrial-office real estate investment trust (REIT) that has risen about 27% YTD, from $38 at the beginning of January to about $51 currently. Duke focuses on logistics real estate and owns and manages warehouses and distribution facilities in a number of U.S. markets.

For one, logistics real estate demand was heightened by the pandemic, which serves Duke Realty well. DRE also notes that rent growth is expected to range between 4% to 10% in its markets (Page 13).

Currently, Amazon (NASDAQ:AMZN) is Duke’s biggest tenant, occupying 9.1% of its net lease value. This name serves companies across industries, but 39% of its tenants operate within transportation and e-commerce.

Duke Realty’s assets are skewed toward larger logistics properties. It operates 83 properties with footprints greater than 500,000 square feet. Those properties contribute the greatest amount to its net operating income (NOI), at 37%. The average footprint in Duke’s sector is also 294,000 square feet.

This company has experienced rapid growth in rents in its top six geographies over the past three years at 34%. It’s biggest market is southern California, followed by Chicago and south Florida. With ports snarled and real estate markets as hot as ever, momentum is definitely on DRE stock’s side.

Last up on this list of momentum stocks, Baker Hughes is an oil company with a diverse range of services and products. The company sells oilfield services, digital services and various equipment and machinery

BKR stock is volatile but it has been moving upward of late. Prices have fluctuated between $20 and $25 throughout 2021. Now, analysts expect BKR to reach an average price target of $28.24.

Although Baker Hughes has fluctuated throughout the year, it is fairly steady from a fundamental perspective. When the company last reported earnings on Jul. 21, shares were just below $20. However, earnings were strong; the company delivered revenues of $5.1 billion. For the quarter, the company’s EBITDA also increased by 38% YOY.

That kicked off an upward trend for BKR stock, which maintains an overwhelming Buy rating. The company is slated for continued top-line growth, with revenues expected to reach $22.5 billion in 2022. Plus, this name’s rock solid dividend hasn’t been reduced since 2017 and yields 2.95%. That should ease volatility concerns.

On the date of publication, Alex Sirois did not have (either directly or indirectly) any positions in any of the securities mentioned in this article. The opinions expressed in this article are those of the writer, subject to the InvestorPlace.com Publishing Guidelines.

Alex Sirois is a freelance contributor to InvestorPlace whose personal stock investing style is focused on long-term, buy-and-hold, wealth-building stock picks. Having worked in several industries from e-commerce to translation to education and utilizing his MBA from George Washington University, he brings a diverse set of skills through which he filters his writing.