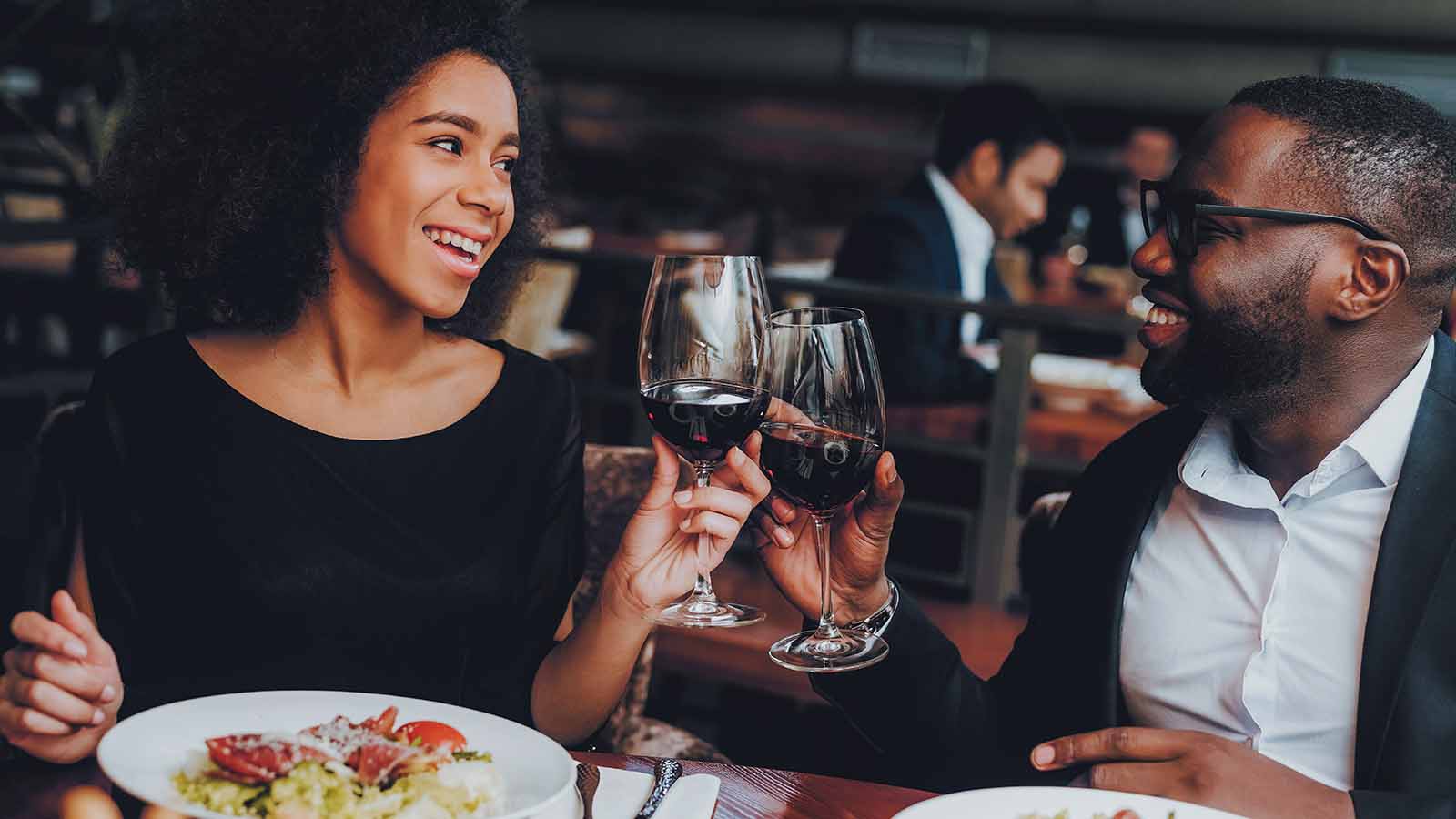 Restaurant stocks have had a challenging couple of years now.

The U.S. economy was almost on full throttle earlier this year, nearly hitting escape velocity from the pandemic. But things turned around as the year progressed. Now we sit on variety of conflicting economic indicators — some encouraging, other flashing warning signs.

And so, while the economy certainly is doing better than it was a year ago, it isn’t really doing as well as we hoped. That makes it tough for service-based businesses, especially restaurants.

Not only are they experiencing higher food costs, but customers aren’t returning like in the old days. Add to that the staffing problems all service industries are running into, and for some restaurant stocks this recovery is more of a waking nightmare.

Growth-driven brands have stalled expansion. Others have become overextended.

Whatever the case, stay away or sell the restaurant stocks featured below. 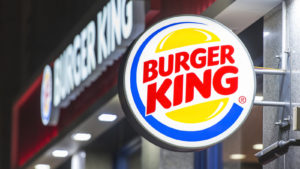 Since 1960, TAST has been in fast food business. Initially it started under the name Carrols Drive-In Restaurants and had over 150 restaurants across New York and the Northeast at its peak.

In 1975, it signed a conversion agreement with Burger King and began converting its Carrols brand properties into Burger Kings.

Between 1980 and now, TAST continued to add properties, including Popeye’s franchises, around the U.S. Now TAST has more than 1000 restaurants … for now.

During the pandemic, big franchise operations like TAST shuttered a number of their restaurants because losses were getting unsustainable, especially for publicly traded companies. And things still aren’t headed in the right direction quickly.

TAST stock lost 39% in the past three months, which hurts a stock with just a $196 million market cap. Earnings are negative and its hopes of getting back on track is stuck in pandemic mode.

This stock holds an F rating in my Portfolio Grader. 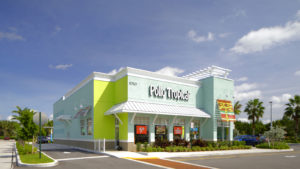 The past few months have been anything but a party for FRGI. This Texas-based restaurant stock focuses on Tex-Mex food through two distinct divisions — Pollo Tropical and Taco Cabana.

In mid-August FRGI sold its Taco Cabana division and its 160+ restaurants to a privately held California-based restaurant group. It has 140 Pollo Tropical locations remaining.

That means it sold off more than half of its operations. That’s not a good sign. Yes, it helps bring in cash to keep operations going, but at the cost of a key piece of the entire operation.

FRGI stock has a market cap $292 million but it also has a current P/E of over 100. That’s very pricey for a struggling restaurant caught in another wave of the pandemic when expansion isn’t likely. 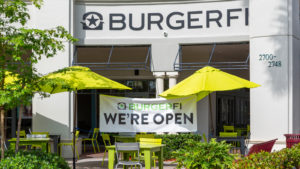 Launched in southern Florida in 2011, BFI joined the burger wars on the upscale side. It has since expanded into target markets across the U.S., and has more than 120 locations.

Granted, that’s not a slew of properties, but its focus on grass-fed beef, free-range chickens and vegetarian options put it into more of the fast casual restaurant sector than fast-food burger chain.

It’s a great idea. However, when you go to the webpage, the first thing that hits you is a pop-up recruiting workers. That’s the big challenge right now. Franchisees have to get people behind the counters as well as in the dining area. And since BFI doesn’t do the kind of drive-thru burger scene, it’s tough. Plus, delivery services are tough on restaurant margins which are thin to begin with.

BFI stock has a market cap of just $163 million, suffering a 34% loss year to date. This is no time to be bottom fishing this stock. 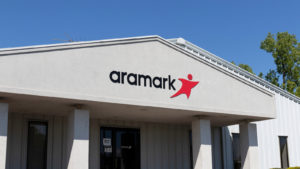 There are a couple large-cap operations in this list, and ARMK is one of them. With a market cap above $8 billion, this restaurant stock is broadly diversified. It supplies food, facilities and uniform services to institutions as well as restaurants in 19 countries.

As with large global players, size is helpful in good times, but that leverage also works the other way. When the world goes into a remote work and school environment and your company supplies schools, universities, and office campuses, it’s in for a big rough patch.

ARMK is working itself out of this hole as the world begins to open up again. Students being back in school helps. More people going to work in offices helps. But ARMK stock is still down 12% in the past three months. The company projects Q4 will be better, but that may be more optimism than reality. 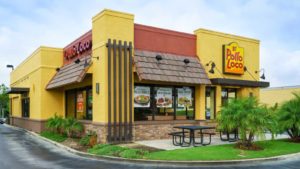 Launched in Mexico in 1975, LOCO became an American franchise operation in 1980. It’s now closing in on 500 restaurants around the U.S.

Most impressive for this list, LOCO is one of the few restaurant stocks that actually has positive earnings and a decent P/E ratio. But part of its challenge is the fact that the Mexi-Cal or Tex-Mex sectors are very popular, and the competition continues to grow.

Plus, there are plenty of mom-and-pop operations stealing market share, which makes expanding the franchise difficult at some point. As a franchise business it isn’t as affected by store revenue, but expansion is the challenge.

LOCO stock has lost around 4% year to date, which isn’t that bad compared to others. But growth is the real concern. 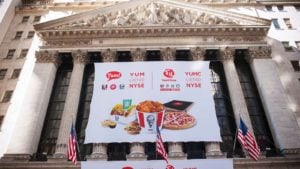 With a $24 billion market cap, this is easily the largest restaurant stock of the bunch. But given the list it’s a part of, that’s not a significant achievement.

YUMC is the China-based businesses of YUM! Brands (NYSE:YUM), which owns KFC, Pizza Hut, Taco Bell and other brands. YUMC has two significant challenges in both the short and long term.

First is the reinvigorated pandemic. Included with this is the challenge of getting workers as well as customers into its properties. Certainly delivery helps, but as I mentioned before, the delivery companies charge fees that eat into margins and also make the food more expensive for customers. These brands have a price-inelastic consumer, so all this works against growth.

Second, the U.S. and China are still not exactly seeing eye to eye. And that means U.S. brands aren’t as popular as they once were. A more “Buy China” spirit means overseas brands suffer. And that means YUMC suffers.

YUMC is bouncing around even on the year and the dark clouds aren’t clearing. 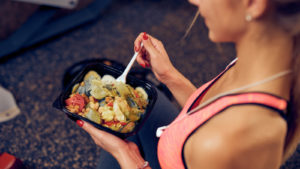 “Great food with your health in mind” is the tag line for Muscle Maker Grill, a health-focused fast-casual chain that started in Texas but has been growing its franchises briskly in recent years. It has also added poke restaurant Pokemoto to its brands this year.

There’s an old Texas saying that it’s not the size of the dog in the fight, it’s the size of the fight in the dog. And weighing in with a market cap of a mere $18 million, GRIL has a lot of fight given the stock has lost 40% year to date.

GRIL certainly has a unique model and seems to be expanding in solid markets with demographics that should gravitate toward its approach to healthy fast-casual food. But this is a tough time to make a splash in this highly competitive sector with razor thin margins. Revisit this one a couple quarters from now and see how it’s faring.