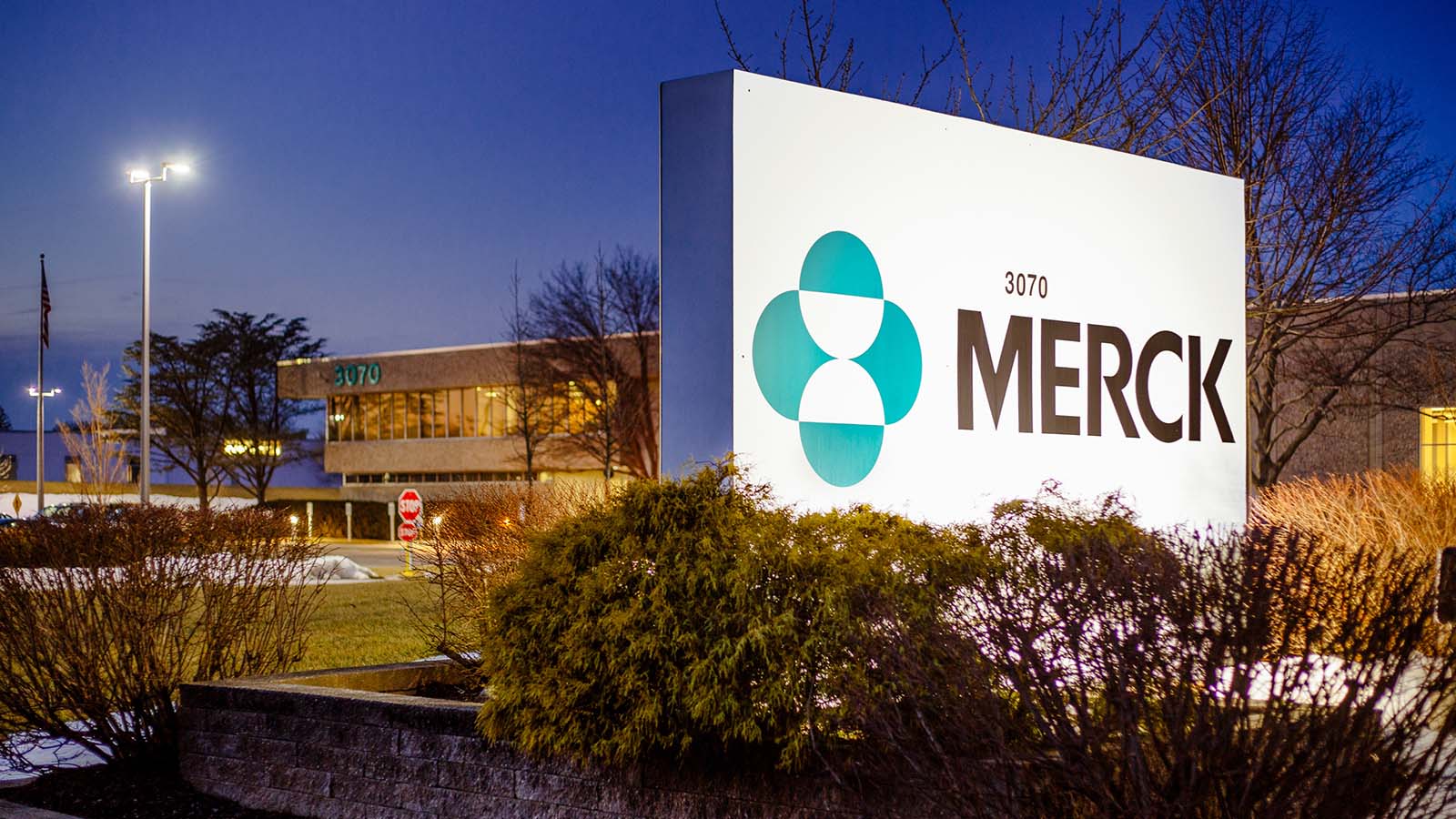 Before the COVID-19 pandemic, Merck (NYSE:MRK) stock was a good one to own. The performance of Merck stock matched that of the S&P 500, and it paid a steadily rising dividend.

Since then, the obsession with growth and vaccines has told a different story. Over the last two years the average S&P stock is up nearly 49%, Merck just 3.7%.

Recently, however, the charts for Merck have turned more bullish. It has a drug to treat Covid-19 that could be distributed worldwide. The third quarter results were upbeat.

Can we go back to curing cancer again?

Merck’s molnupiravir, an antiviral pill for people with mild Covid-19 at risk for more serious illness, was approved recently by U.K. regulators. It’s now expected to win emergency use authorization in the U.S. by December.  That would open $2.2 billion in orders from the Food and Drug Administration, with options for more. Merck expects to produce 20 million courses of the drug next year.

Merck is also closing in on the $11.5 billion acquisition of Acceleron Pharma (NASDAQ:XLRN), which has new drugs for anemia and hypertension. There had been concern the deal would not go through, but European regulators are now signing off.

Then there’s the possibility Merck could spin off its animal health division, a move that has proven profitable for other companies.

There are two reasons to hold off on buying Merck.

One is its sheer size. With a market cap of $212 billion and annual sales of over $50 billion, Merck’s value is tough to shift. The FDA orders for molnupiravir will increase sales by just 4% next year.

The other problem is Pfizer (NYSE:PFE), which has been running rings around Merck since agreeing to produce its Covid-19 vaccine created by BioNTech (NASDAQ:BNTX) last year. This has made Pfizer by far the better investment, up 35% so far in 2021. Even the big molnupiravir gains may be at risk from a competing Pfizer compound.

Before Covid-19, Merck was the first vaccine company most consumers heard about. Its human papilloma virus (HPV) vaccine, Gardasil, represented one-fifth of its revenue last year.

If the world is getting back to normal, however, attention may turn back to Merck’s real blockbuster, Keytruda.

Keytruda, which gained fame for treating former President Jimmy Carter, continues to gain new indications and markets. It should become the world’s best-selling drug next year, as Abbvie (NYSE:ABBV) gets set to lose U.S. exclusivity for its Humira in 2023. Through the first three quarters of 2021, Keytruda represented one-third of Merck’s revenue.

Keytruda continues to win new indications, especially in metastatic cancers that have spread to other organs. Merck is very aggressive in pricing this life-saving medicine, charging as much as $174,000 per year  in the U.S. Hard bargaining outside the U.S. should push that price down, but it will still be substantial.

The Bottom Line on MRK Stock

For conservative investors, MRK stock looks like a coiled spring.

If it can duplicate its third quarter results, net income of $4.57 billion, $1.80 per share, its price-earnings ratio could drop to as low as 16 by early next year. There’s also the dividend, about 65 cents per quarter and yielding over 3%. Even the lowest price target at Tipranks is above its current price.

But there remain growth catalysts for MRK stock. If it can just catch up with the industry pack, it should show you a good profit.

On the date of publication, Dana Blankenhorn held no positions in any companies mentioned in this article. The opinions expressed in this article are those of the writer, subject to the InvestorPlace.com Publishing Guidelines.

Rocket Lab CEO says companies not reusing rockets are making ‘a dead-end product’
Covid developments to rule the market once again in the week ahead after Friday’s rout
3 Reasons Your 401(k) Is Not Enough for Retirement
Wait for Bionano Stock to Fall Further Before Buying
GameStop: The Fun is Ending as Losses Pile Up