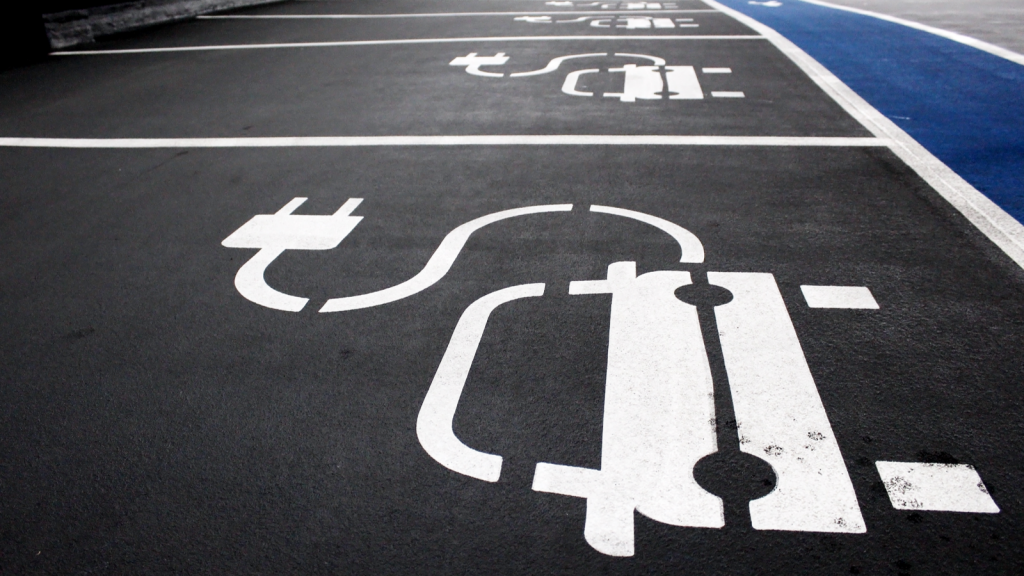 Electric Last Mile came public via a SPAC in 2021 amid a wave of other EV startups. At the time, it was pitched to investors as one of the best pure-plays on commercial fleet electrification. Today, it’s headed for the graveyard. 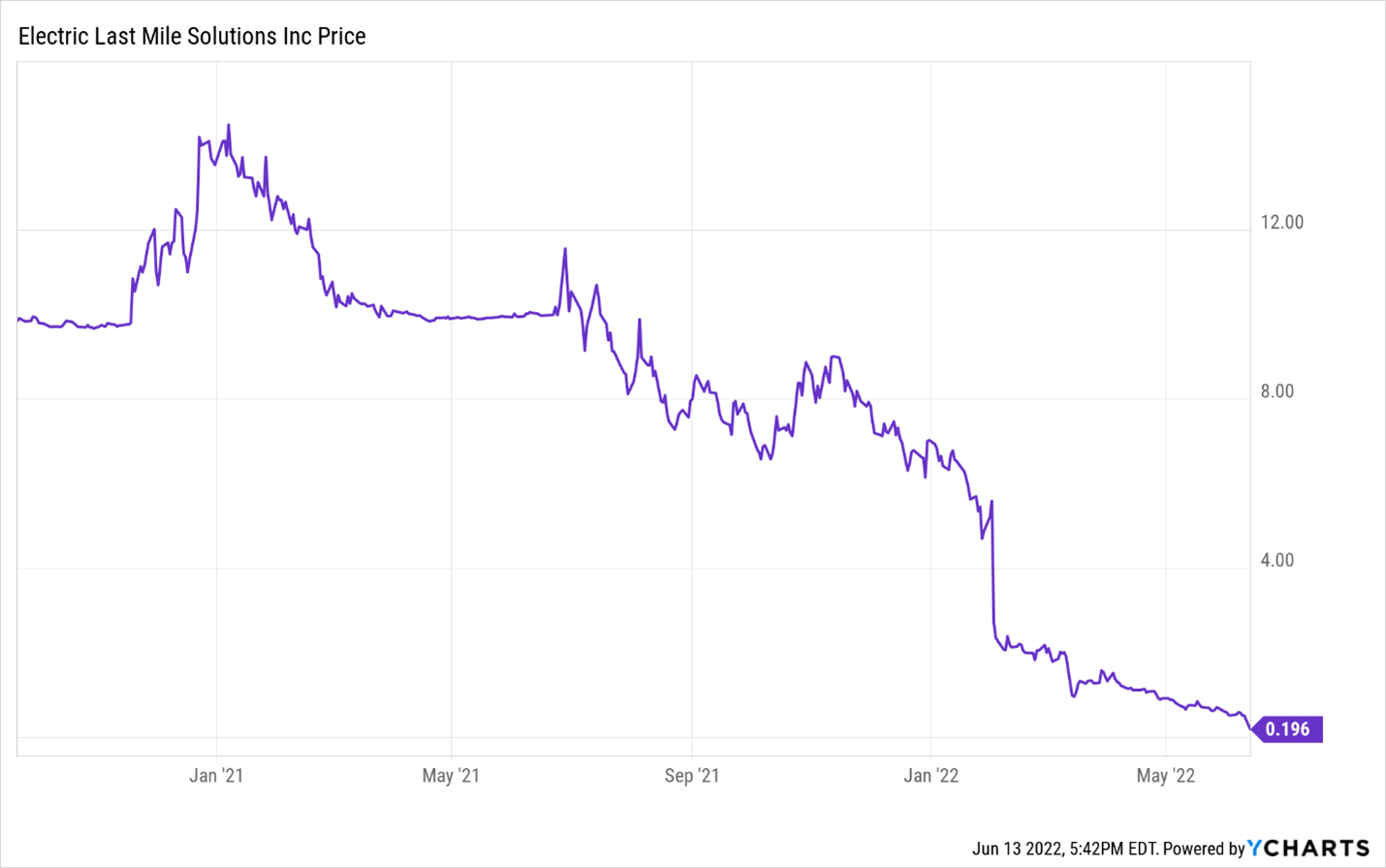 To us, this story is a canary in the coal mine for EV stocks.

While the EV industry is due for huge growth over the next decade, it’s also due for major consolidation. There are simply too many EV makers out there today. And only about 5% of them will make it in the long run. The other 95% will go bankrupt.

Electric Last Mile Solutions may be the first. It most certainly won’t be the last.

We always thought this consolidation would take several years to play out. But the Fed is accelerating that timeline. Its aggressive rate-hiking path is rapidly increasing the cost of capital in the U.S. economy. And that’s making it largely impossible for a lot of these cash-burning EV startups to raise funds.

The result? Over the next 12 months, we expect to see a lot of these startups file for bankruptcy. And a lot of EV stocks will go to zero.

At the same time, we anticipate this consolidation to help certain strong companies and send those high-quality EV stocks soaring!

So… which ones are you holding in your portfolio right now — the ticking time bombs set to hit zero any day, or the next Teslas (Nasdaq:TSLA)?

We’re about to witness a great consolidation in the EV space over the next 12 months. Dozens of EV stocks will head to zero. And those that survive will end up soaring as they hog all the industry growth.

This thesis is rooted in historical precedent.

Let’s rewind to the dawn of the gas-powered car.

And that was just the beginning.

Over the next decade, some 485 companies entered the automobile manufacturing business. All were hoping to strike it rich as the gas-powered car redefined the world of transportation. It was a “gas-powered car boom” — much like the “electric vehicle boom” of today.

We all know what happened next.

This innovation did go on to redefine the world. Today, around 70 million new passenger cars are sold every single year.

But almost none of those 485 companies that popped up back in the early 1900s became a success story.

Less than 50 of them were still in operation by 1930. And just three accounted for 80% of the market.

Though gas-powered cars did take over, 9 of every 10 car companies that emerged didn’t survive to see that success. And less than 1 in 100 turned into auto industry titans.

The EV Revolution will play out similarly.

Startups Will Shut Down

Today, there are hundreds of EV makers in the world, all hoping to strike it rich as EVs redefine transportation. 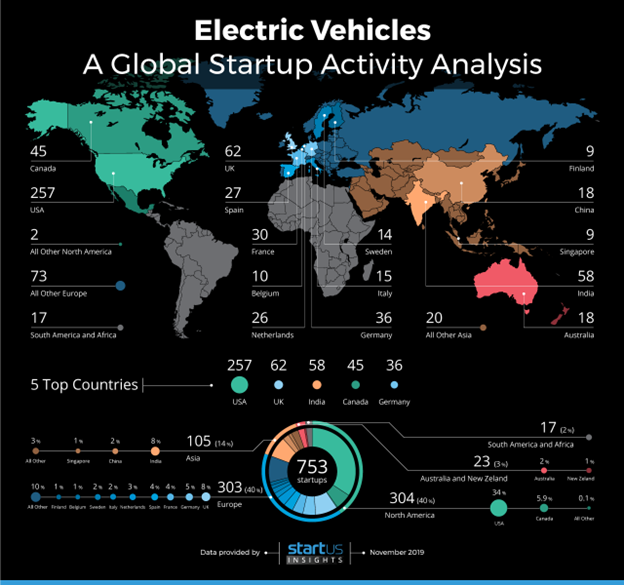 EVs will do just that over the next twenty years, just as gas-powered cars did in the early 1900s.

And similarly, the EV boom of the 2020s and ‘30s will see just a few top players that differentiate themselves in terms of major value-add, whether it be cost, design, performance, or branding. Those movers will attract all the consumer demand and reap all the rewards of the EV Revolution. And they’ll squeeze out the other 90% of companies in the industry.

So, when I look at the landscape today, I see a graveyard with a few shining stars.

The key to striking gold in this revolution, then, is to find those shining stars. And avoid the companies doomed for what will soon be a crowded EV graveyard.

I’ve long been expecting this industry consolidation. However, I’ve also thought it would happen gradually over the next five years.

The Fed has changed the timeline here. Rates are on a rapid ascent, and the cost of capital is surging. It increasingly appears that industry consolidation will happen very quickly over the next 12 months. In that stretch, I expect dozens of EV stocks to plunge to zero.

Among those I expect to fail are:

The Final Word on EV Stocks

A great consolidation is coming to the EV industry. That’s bad news for low-quality EV stocks. They’re doomed to fall to zero.

Investor confidence will grow stronger as the industry purges all the unsubstantiated, all-hype startups. And the companies left after this elimination will have less competition and will likely grow faster, with better profit margins.

The result? In the post-consolidation era, high-quality EV stocks will have bigger sales, bigger earnings, bigger multiples, and much higher prices.

The time to buy those future winners is now — before this consolidation pushes them higher!

Find out which high-quality EV stocks are in our crosshairs. And get the name and ticker symbol of one penny EV battery stock that looks like a huge long-term champion.

Don’t Touch Netflix as it Essentially Rebrands
High Beta Stocks
3 Stocks Reporting Earnings the Week of July 4
The 7 Worst Stocks to Buy in a Bear Market
401(k) vs. Pension Plan: What’s the Difference?