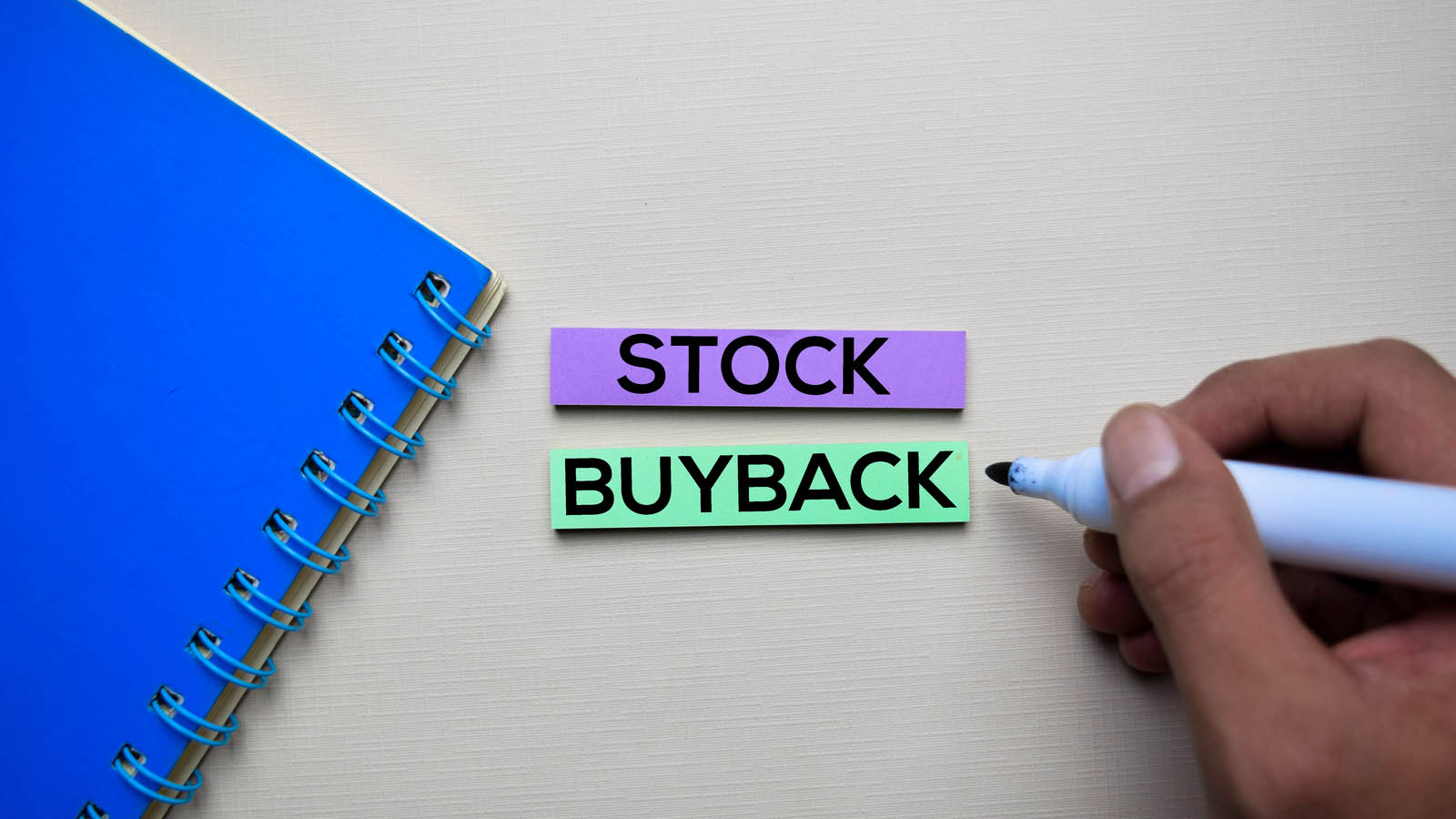 Is the upcoming stock buyback tax bad news or no big deal? That’s what investors are asking now, following President Biden’s signing of the Inflation Reduction Act into law on Aug 16.

For some industries, this $437 billion spending package could potentially result in a windfall.

Shares in EV makers like Tesla (NASDAQ:TSLA), as well as other “green wave” companies like green hydrogen company Plug Power (NASDAQ:PLUG), have moved higher since Congress passed the bill earlier this month.

For others, however, this bill really isn’t cause for celebration.  This legislation also calls for increased corporate taxes, including a 15% minimum tax on large corporations, plus a 1% excise tax on stock buybacks.

A 1% stock buyback tax may seem like nothing to worry about.

Still, this bill stands to be a negative for companies using shares repurchases as a means to maximize investor returns. For example, with these stocks. In the case of each one, a stock buyback tax could put a drag on future returns.

Apple (NASDAQ:AAPL) stands to be one of the largest payers of this excise tax.

The tech giant currently has a $90 billion share repurchase plan in place. If the tax were to be applied to the total value of this repurchase plan, it would amount to a $900 million tax bill.

The stock buyback tax could dent future returns for AAPL stock investors. How? Without the tax, Apple’s buyback could help to boost its earnings per share (or EPS) by 3.5%. With the tax bill, and its impact on earnings, the EPS boost would amount to just 2.5%.

Again, the difference may sound like small potatoes. Yet with the company trying to sustain its valuation (28.4x earnings), as its organic growth slows, and rising interest rates put pressure on valuations, it may have a meaningful impact on anyone looking to invest in Apple today.

Like Apple, Microsoft (NASDAQ:MSFT) is another tech giant using big buybacks to give a boost to its EPS.

A year ago, it initiated a $60 billion repurchase program. With its share repurchase programs typically spanning several years, much of this amount will be subject to the excise tax, as it affects any buybacks that happen after Jan 1, 2023.

The downside here for MSFT stock investors is that, again like Apple, aggressive repurchases could be a slight negative for earnings growth, making it tough to maintain its own similarly-high earnings multiple (28.7x).

To avoid the tax, Microsoft could opt to, instead of buying back stock, raise its dividend. Even then, however, it would completely lose the positive benefit buybacks have on EPS.

With interest rates rising, it’s questionable whether significantly raising its forward yield (currently 0.85%) would do much to sustain/grow its stock price.

Back in June, Nike (NYSE:NKE) announced the start of a new share repurchase program. It plans to buy back $18 billion worth of stock over the next four fiscal years. In other words, much of this amount will be subject to the stock buyback tax.

Yes, the financial impact doesn’t seem that high, compared to earnings. It comes out to a cost of $45 million per year, or just under 3 cents per share. EPS for NKE stock this fiscal year (ending May 2024) is expected to come in at $3.77, implying an impact of less than 1%.

However, this could still be a negative. Trading for an even higher forward price-to-earnings (P/E) ratio of 31.3x, it’s already in a precarious position in today’s rising rate environment.

Any further dent to earnings growth could send shares, already down 28.3% this year, lower.

Lately, bank stocks have been suspending buybacks. Mainly, because major money center banks have had to shore up their capital reserves, after the latest regulatory stress tests. Wells Fargo (NYSE:WFC), though, seems to be an exception.

Still under an asset cap imposed in 2018 due to past scandals, it made sense for the bank to return excess cash to shareholders. According to a Seeking Alpha commentator, it has bought nearly $20 billion worth of shares in the past year.

But the stock buyback tax, atop the prospect of more challenging economic times, may compel it to reduce future repurchases.

With loan growth limited by the asset cap, its only option for excess cash will be to raise its dividend. With interest rates moving up, the impact of this could at best be a wash.

Reporting high earnings due to energy prices, big oil has been announcing big stock buybacks. ExxonMobil (NYSE:XOM) is no exception. It plans to complete $30 billion in buybacks by the end of 2023.

In other words, possibly on the hook for hundreds of million in stock buyback tax. Of course, the company could decide to accelerate the repurchase of XOM stock, before the Dec 31 deadline.

Already trading at a low valuation (7.2x), a less than 1% drop in earnings due to the tax (if it had to pay it) likely wouldn’t add any more pressure to shares.

So, what’s the big risk here? The success of this bill could pave the way for further increased taxation of big oil.

While repeated efforts to tax “windfall profits” have gone nowhere, that’s not to say new proposals (or aspects of these proposals) will fail to gain traction.