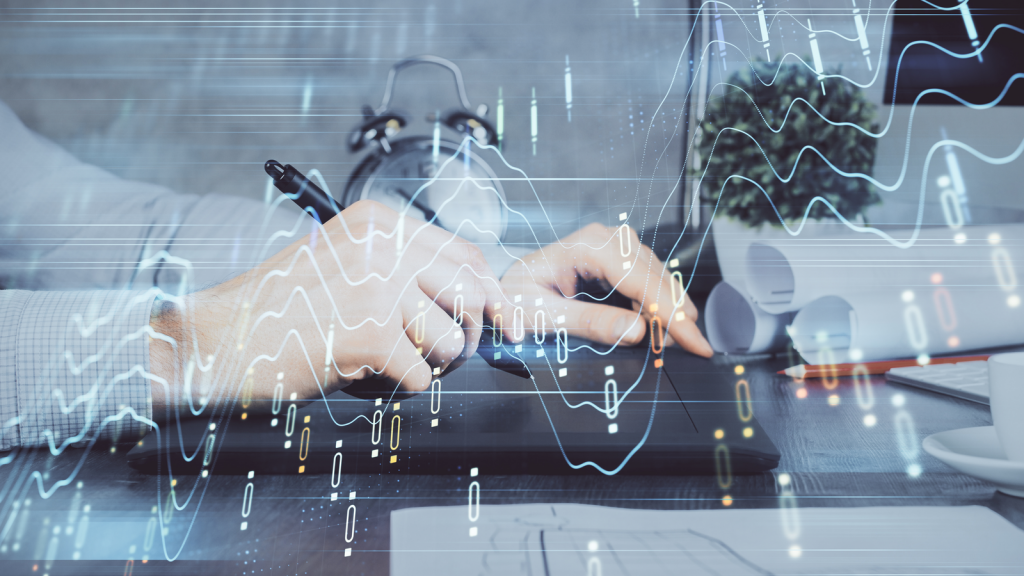 According to Finviz.com, there are 1,586 U.S.-based stocks with a market capitalization of $2 billion or more. Of those, 945 pay a dividend. Of the 945, just 66 are tech stocks. I’ll select the three tech stocks with a current dividend yield of 2% or more to make things interesting. According to that criteria, I only have 20 options, so my work is cut out.

Texas Instruments (NASDAQ:TXN) is the world’s largest producer of analog chips. However, it also manufactures embedded processors designed to handle specific tasks, such as operating an electronic toothbrush. Many markets, including industrial and automotive, use its embedded processing products.

All three of its operating segments generated healthy growth during the second quarter. On the bottom line, its net income grew 19% in the quarter to $1.93 billion. In the trailing 12 months ended June 30, its free cash flow was $5.89 billion, 9% lower than in Q2 2021. While it was lower than the previous period, it still represented 30% of its revenue.

I selected Texas Instruments because it is a company obsessed with capital allocation. It even has a corporate presentation stating, “We run the company with the mindset of being a long-term owner. We believe that growth of free cash flow per share is the primary driver of long-term value.”

As a result, its investor relations site highlights some of its capital allocation successes. These include growing free cash flow and dividends by 12% and 25% annually, respectively, between 2004 and 2021. In addition, over those 17 years, it reduced its share count by 46%.

Skyworks Solutions (NASDAQ:SWKS) makes semiconductors for wireless handsets and all the connected devices and electronics we can’t live without. Its customers include many of the biggest electronics manufacturers, including Apple (NASDAQ:AAPL), Amazon (NASDAQ:AMZN) and Garmin (NYSE:GRMN).

The company reported its Q3 2022 results in early August. Revenues grew 10% year-over-year, as did its non-GAAP net income. In the fourth quarter, it expects sales and earnings per share (EPS) to increase sequentially by 14% and 19%, respectively.

As a result of the healthy growth, it increased its quarterly dividend payment by 11% to 62 cents a share. The annual payment of $2.48 currently yields 2.4%.

Analysts are mixed about the stock. Of the 27 covering it, 14 have it rated as a buy or overweight. However, 14 also rated it as a hold. The good news is that the average target price is $131.96, 29% higher than where it’s currently trading.

I included Skyworks in a list of tech stocks that were screaming buys in late Augusts. I picked it because of its dividends and share repurchases. It paid almost $1.1 billion to its shareholders through the third quarter.

It’s also difficult to ignore that it earns almost 32 cents after tax on every dollar of revenue. You don’t often go broke generating those kinds of margins.

Cisco Systems (NASDAQ:CSCO) is one of those companies whose products you can’t escape using. I use Webex videoconferencing and Duo multi-factor authentication in my work, but I’m sure there are other software and hardware products I use that I’m not even aware of. Its products are that prevalent in the corporate world.

Cisco began its transformation in 2015 from selling hardware devices such as routers and switches to providing software for its customers’ networking needs. It started with Cisco ONE perpetual licenses for pre-packaged software suites and then transitioned to software subscriptions. The transformation has been noticeable.

Capital allocation remains a big part of owning CSCO stock. In fiscal 2021, it paid out $6.22 billion in dividends while repurchasing $7.69 billion of its stock, 2.7x more than 2020. It has $15.2 billion left under its current share repurchase program. The company aims to return at least 50% of its free cash flow through dividends and share repurchases.