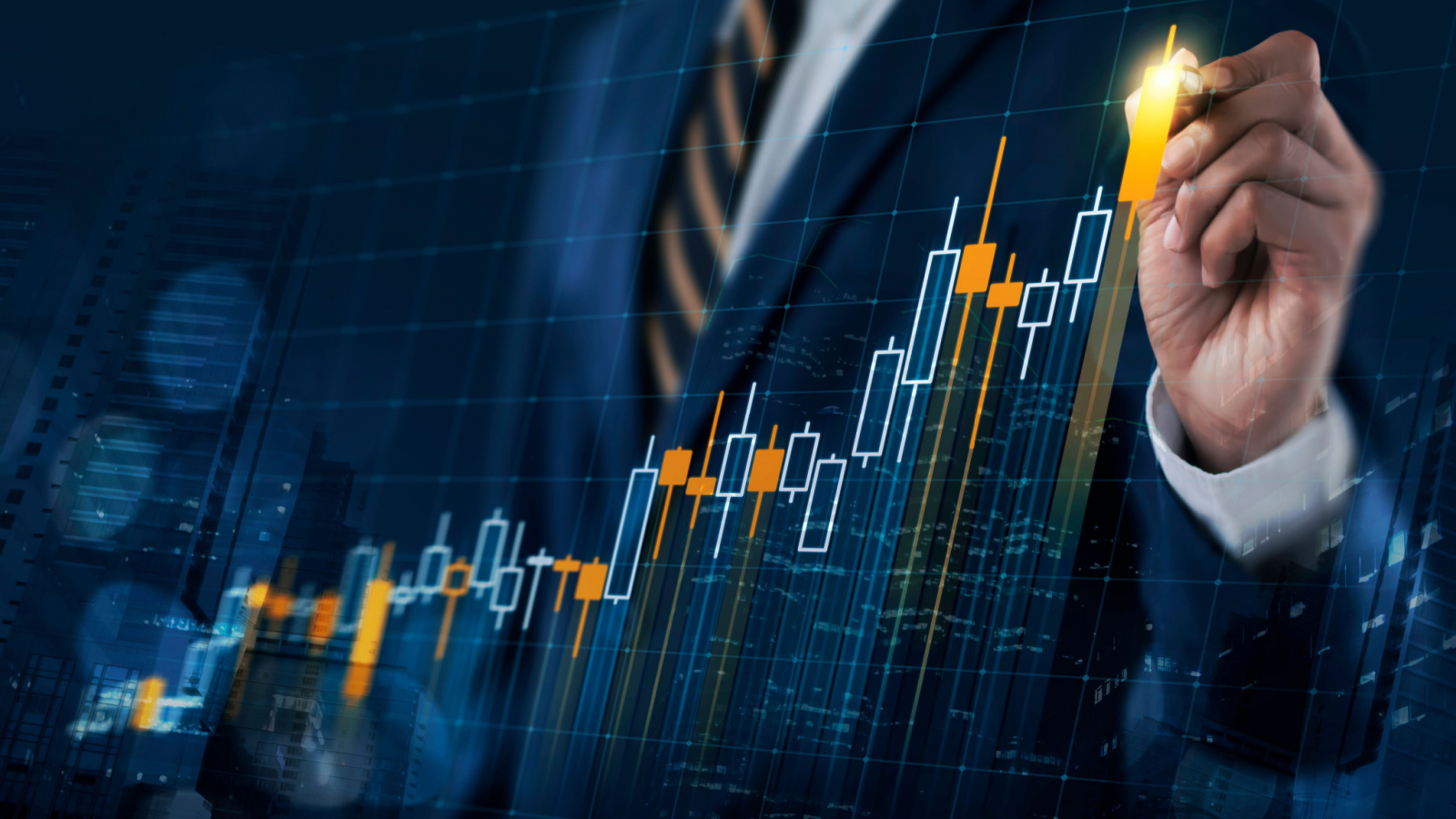 Despite the recent rebound of many U.S. stocks, the S&P 500 is still down 17% in 2022. It’s also 8% below its Aug. high. Yet the unweighted S&P 500 index is doing much better, down only 11% this year and just 4.5% off its Aug. high. The outperformance of the unweighted S&P 500 indicates that investors should buy names aside from the big tech stocks that get the biggest weight in the regular S&P 500 index. A good way to accomplish the latter goal is by finding some of the best value stocks to buy

The names featured in this column have low valuations, high profits, and strong growth. Moreover. they are likely to keep delivering high profits and exceptional growth for many years to come. As a result, sooner rather than later, these value stocks to buy are going to rally a great deal.

Ford Motor’s (NYSE:F) auto sales have been weighed down by supply-chain issues that are starting to become less intense and should continue to do so over time. Nonetheless, the automaker reported strong third-quarter results, is generating solid profits and growth and has become a leader in the rapidly expanding U.S. electric-vehicle market. Moreover, F stock should be boosted meaningfully by the increased tax credits for consumer and commercial EVs that were passed by the U.S. Congress earlier this year.

For all of 2022, Ford expects its EBIT, excluding certain items, to climb 15% to roughly $11.5 billion, and it anticipates that its adjusted free cash flow will come in at $9.5 billion to $10.5 billion. Moreover, the automaker can take advantage of the connected-car revolution by selling monthly subscriptions to many services, such as battery monitoring and security offerings.

Despite all of Ford’s positive attributes, the forward price-earnings ratio of F stock is a measly 7.8. 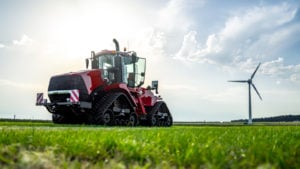 Tractor Supply (NASDAQ:TSCO) sells products that cater to rural Americans, including farmers. Among its offerings are products for horses, cattle, and pets, “maintenance products” for farm machinery, and other tools used by farmers. With American farmers benefiting from high food prices and elevated demand for food around the world due to the Russia-Ukraine war, Tractor Supply, unsurprisingly, has been reporting very strong financial results.

Last quarter, for example, its top line climbed 8.3% year-over-year to $3.27 billion, it reported earnings per share of $2.10, and its comparable store sales surged 5.7% YOY.

As of the end of Q3, there were over 27 million households in TSCO’s “neighbor’s club,” which seems to be similar to Amazon’s (NASDAQ:AMZN) Amazon Prime program and Costco’s (NASDAQ:COST) membership program. Tractor Supply’s club, whose members generate about 75% of the company’s revenue, gives TSCO a large, loyal customer base. The company can easily and inexpensively market its new products to these consumers, leaving it well-positioned to continue to deliver strong sales growth. 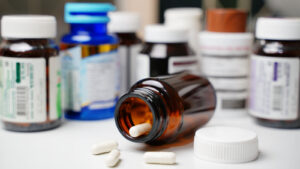 In past columns, I’ve outlined the tremendous amount of revenue that Merck’s (NYSE:MRK) versatile cancer treatment, Keytruda, is generating for the giant drug maker.

Also contributing to Merck’s strong Q3 results and its solid 2022 guidance are its “Human Papillomavirus vaccines.” Last quarter, the revenue generated by those shots climbed 15% YOY to $2.3 billion.

Citing the strong sales of Merck’s key drugs, Cantor Fitzgerald on Oct. 28 raised its price target on the shares to $120 from $107 and said that the company’s strong outlook is “underappreciated” by the Street. Cantor maintained an “overweight” rating on the name. 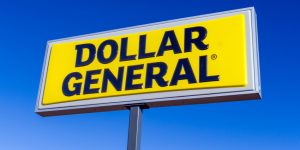 I’ve hypothesized that dollar stores will get a big boost as inflation squeezes working-class and poor Americans. Agreeing with that idea last month was research firm Placer.ai. In the words of Seeking Alpha, Placer.ai believes that “increasing pressure on middle and low-income consumers is promoting a trade-down to discount stores.” The firm added that “Dollar stores are seeing lower-income consumers trade down from traditional superstores such as Walmart.”

Dollar General (NYSE:DG) has benefited from that trend in the past and is likely to continue to do so in the future. In the second quarter, its top line increased 9% year-over-year to $9.43 billion, while its same-store sales rose 4.6% YOY and its Q2 earnings per share came in at $2.98. The retailer also increased its full-year sales growth guidance to 11% from 10%-10.5%, and it expected its earnings per share to rise 12%-14% in fiscal 2022. Despite its strong, positive catalysts, DG stock has a reasonable forward price-earnings ratio of 19.5. 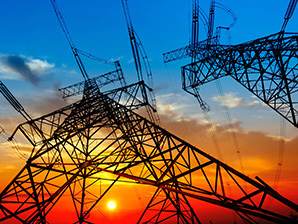 As I noted in a previous column, published on Sept. 29, Quanta (NYSE:PWR) “develops, repairs and maintains electric grids globally and renewable energy systems. It also carries out engineering projects for companies involved in the production of natural gas and oil prices.”

I predicted that the company and PWR stock would get a lift from the electric-vehicle revolution, along with increased exploration for oil and gas amid high prices for those commodities. Quanta’s third-quarter results, reported on Nov 3, indicated that the company is indeed benefiting from those trends. Specifically, its sales jumped by a huge 33% year-over-year to $4.46 billion, while it generated $343 million of cash flow from operations. For all of 2022, the company expects its earnings per share to come in at $6.15-$6.39, excluding certain items, and its backlog at the end of Q3 stood at a very high $20.9 billion, which represented an all-time record for it.

“Demand for our services continues to be driven by broad-based business strength from utility grid modernization and system hardening initiatives, as well as our reputation for solid and safe execution,” Quanta CEO Duke Austin, reported on the company’s Q3 earnings conference call. Given Quanta’s rapid growth and strong outlook, its forward price-earnings ratio of 20.3 is quite attractive. 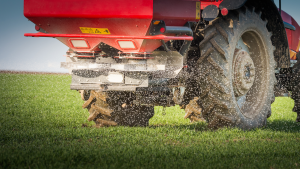 Like Tractor Supply, CF Industries (NYSE:CF) is a fertilizer maker and is benefiting from high food prices brought about partly by the Russia-Ukraine War. Additionally, since Russia and Ukraine are both major exporters of fertilizer, the conflict has caused fertilizer prices to soar, benefiting CF and its peers.

Last quarter, CF’s top line soared an incredible 70% year-over-year to $2.3 billion, while its EBITDA came in at an impressive $826 million. The fertilizer maker noted that geopolitical issues had increased the average selling prices of its products last quarter. Moreover, CF reported that it expects the supply-demand dynamics of one of its key offerings, nitrogen, to stay favorable “into 2025,” Seeking Alpha noted.

“We expect to continue generating substantial free cash flow, which will enable us to invest prudently in high-return growth projects while at the same time returning significant capital to shareholders,” CF CEO Tony Will reported on the company’s Q3 earnings call.

Despite its powerful growth and strong outlook, the forward price-earnings ratio of CF stock currently stands at 7.01.

Motorola Solutions (NYSE:MSI) appears to be benefiting from an important trend in the U.S.  that’s not discussed much in most media outlets: the huge crime wave that’s afflicting many American cities.

Due to reforms in the criminal justice system, many more criminals are walking the streets than in prior years in multiple, major cities. That could explain why the demand for the company’s video-security products has surged. In the second quarter, for example, the revenue generated by its “Video security and access control” systems climbed 21% year over year, while its backlog soared 19% year over year to a “record $13.4 billion.”

Last quarter, Motorola Solutions reported that ” increased demand for video security and land mobile radio technologies” helped boost its “Products and Systems Integration” sales by 15% year over year to a record level. For all of 2022, the company expects its sales to increase by 9.25%-9.5%, and it expects its earnings per share to come in at $10.17-$10.22.

On the date of publication, Larry Ramer did not hold (either directly or indirectly) any positions in the securities mentioned in this article. The opinions expressed in this article are those of the writer, subject to the InvestorPlace.com Publishing Guidelines.