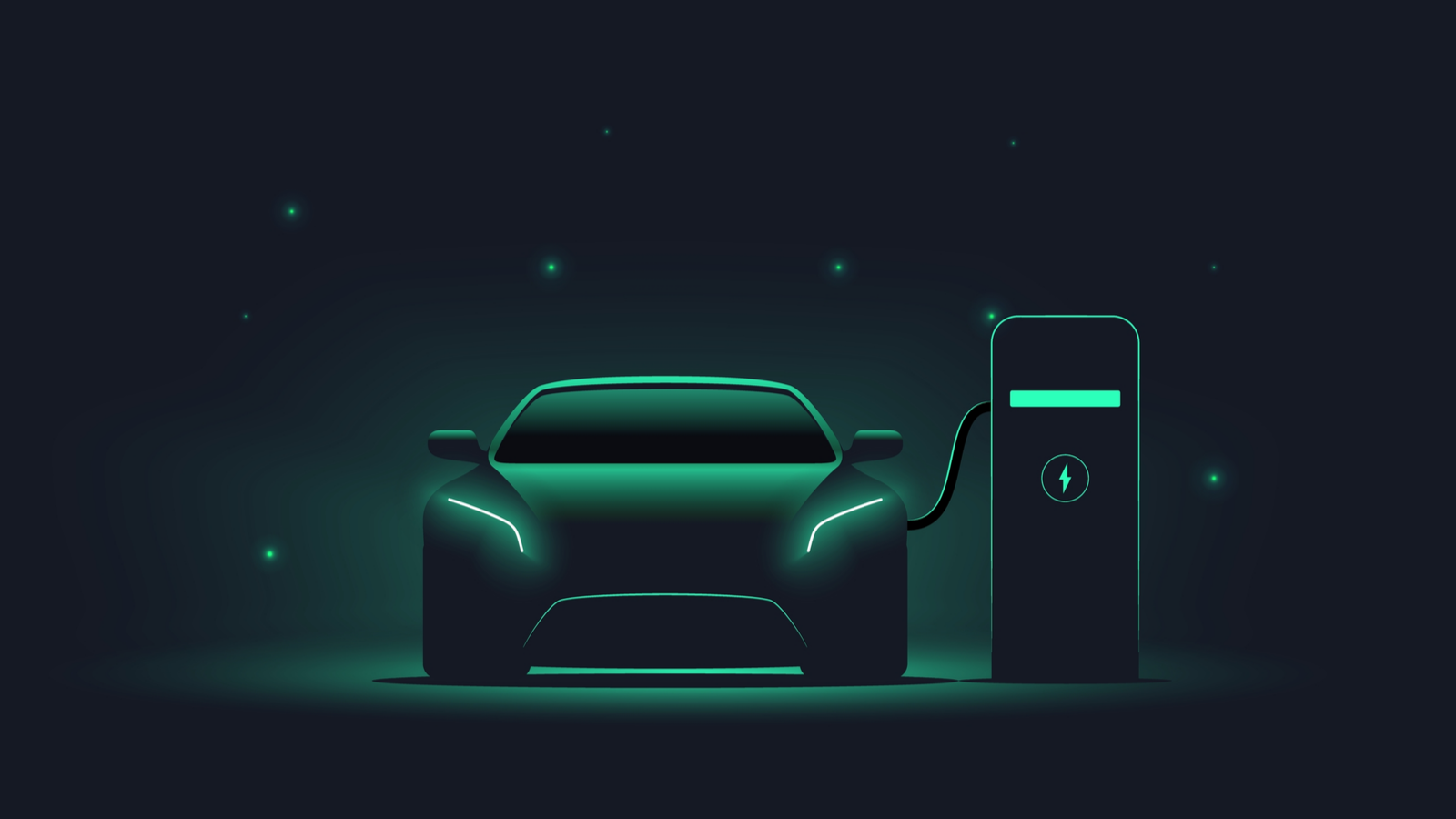 Electric vehicle stocks suffered a major blow this week, headlined by a massive selloff in Tesla (TSLA) stock. However, now may be the perfect time to grab the bull by the horns and buy the dip in EV stocks.

In fact, we think this massive plunge is the best Christmas gift you could ask for. According to our data, the recent crash may actually be setting the stage for an impressive 40% surge in January!

Those are huge drops in a short time span.

In fact, the drops have been so big and so fast that all three major EV stocks – TSLA, LCID, and RIVN – are now in oversold territory.

All three EV stocks feature a Relative Strength Index between 25 and 30. An RSI reading of less than 30 is considered oversold. Anything close to 20 or below is considered deeply oversold. TSLA, LCID, and RIVN stock all have RSI readings below 30. All three are oversold. 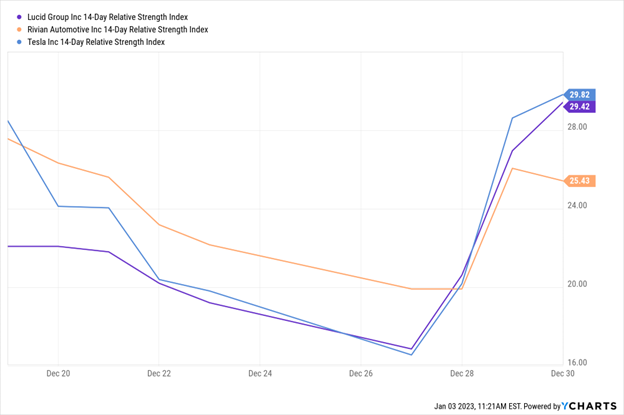 All three have been oversold together once before – back in early May 2022.

At the time, EV stocks looked a lot like they do today. Tesla stock had dropped 20% in a week. Lucid stock was down 30% in a week. And Rivian stock had collapsed 40% in a week. All three stocks had RSI readings of below 30, very similar to what we have today.

Guess what happened next?

Over the next three months, Tesla stock rose about 20%, Lucid stock popped about 30%, and Rivian stock soared almost 90%! 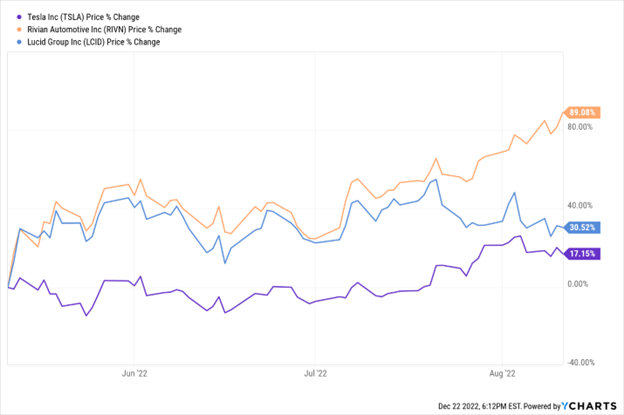 It was a rally to remember.

And it could be about to repeat.

The Final Word on the Rally in EV Stocks

The “Big Three” EV stocks have all crashed into oversold territory together for the first time since early May. Back then, they bottomed and rallied about 40% in three months. We think the same will happen this time around. We’re looking for these EV stocks to soar 40%-plus in the first quarter of 2023.

But in fact, we actually think other EV stocks will soar even more over the next three months.

Find out which stocks we’re talking about to prepare for some major gains.