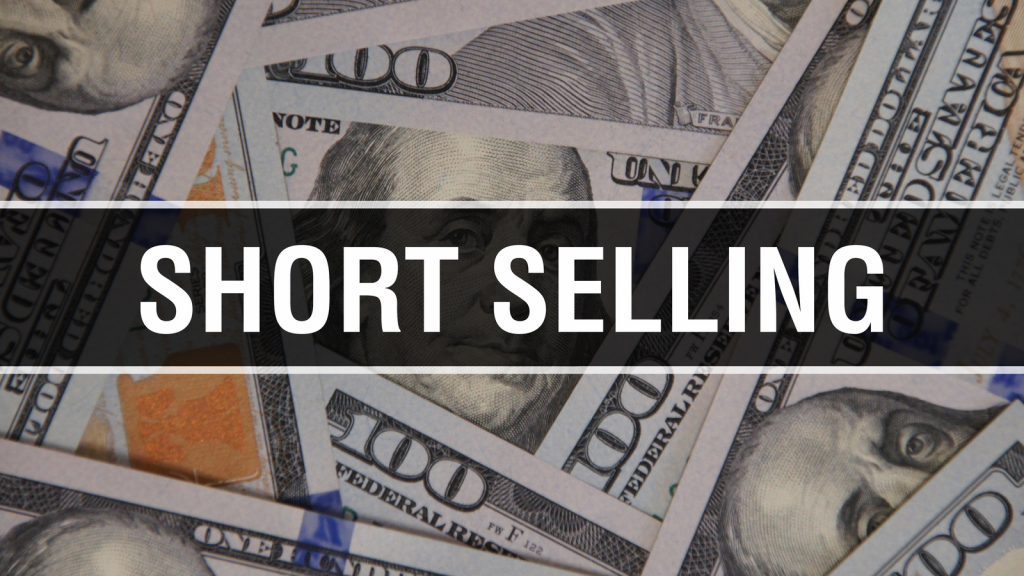 In 2022, I was able to greatly reduce my stock portfolio’s losses by shorting several U.S. equities. I found it fairly easy to find favorable stocks to short, as the valuations of many companies were ridiculously high last year, and many stocks were pricing in scenarios that almost certainly would never materialize.

For example, I found the idea of massage provider XpressSpa — now known as Xwell (NASDAQ:XWELL) — becoming a Covid-testing powerhouse completely ludicrous, while Coinbase (NASDAQ:COIN) was unrealistically pricing in the misguided notion that crypto prices and crypto adoption would continue to soar.

And as I’ve pointed out in the past, I shorted Ocugen (NASDAQ:OCGN) as I believed that the chances of the company getting its partner’s vaccine approved in the U.S. and generating a profit from it were infinitesimal.

In the wake of my experience, I believe that shorting “loser” stocks in periods of high volatility in general and while bear markets are raging, in particular, is a relatively simple, effective means for retail investors to make money from equities.

While I’m bullish on the markets at this point, I think there are still many good “loser” stocks to short, including three of my old favorites, COIN, OCGN, and Workhorse (NASDAQ:WKHS). 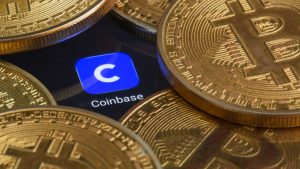 Not boding well for Coinbase and COIN stock was a recent negative preannouncement from a crypto-focused bank, Silvergate Capital (NYSE:SI). Silvergate’s “Total deposits from digital asset customers” tumbled to $3.8 billion at the end of last year, down tremendously from $11.9 billion as of Sept. 30, 2022. Because of the plunge in its deposits, SI had to unload $5.2 billion of its debt securities at a loss of $718 million.

The debacle shows that my theory of consumers fleeing from crypto exchanges in droves is accurate. And consequently, I believe that Coinbase underwent similar travails last quarter. Even after COIN’s shares sank 43% in the last six months, I don’t believe that its stock, with its market capitalization of $7.55 billion, is coming close to pricing in a Silvergate-like scenario.

Meanwhile, even after COIN had to pay $100 million to settle charges by the New York state that it had failed to adequately prevent criminals from using its system, the company remains vulnerable to further attacks from regulators.

After New York’s charges, Washington, which is already probing Coinbase for securities violations, could look into the extent to which criminals have used the exchange. Meanwhile, there continues to be the talk among some members of Congress about sharply tightening the reins on crypto.

And, as I’ve pointed out in the past, Treasury Secretary Janet Yellen has expressed hostility towards cryptocurrencies. All in all, I don’t think crypto in general, or COIN stock in particular will enjoy a happy ending. Thus, COIN is among the top stocks to short. 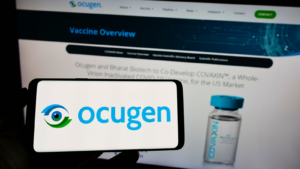 As I noted in a recent column, Ocugen “signed a profit-sharing deal with an Indian company, Bharat Biotech, that developed a coronavirus vaccine [called Covaxin]. Under the deal, Ocugen was entitled to 45% of the profits generated by the shot in the U.S. “

On Jan. 8, Ocugen reported that, in a U.S. clinical trial involving ” 419 U.S. adults,” Covaxin had “met both co-primary endpoints with robust immune responses.” About half of the American adults received Covaxin, while about 50% received a placebo. The results were compared with a similar study involving Covaxin in India.

But two points make me question the efficacy of the data and the extent to which it increases the tiny chance of Covaxin being approved in the U.S . First, Ocugen did not appear to report the percentage of people given the shot who contracted the coronavirus. The omission makes me believe that the shot’s efficacy rate was not great.

Secondly, although the FDA allowed OCGN to conduct the study, I have doubts as to whether the agency will believe that the study’s sample size was large enough. Consider, for example, that over 46,300 people were enrolled in one trial of Pfizer’s Covid vaccines.

Meanwhile, as I’ve stated in the past, I don’t expect the agency to be very interested in approving a vaccine made entirely by a company outside of the U.S. And finally, I continue to believe that OCGN stock reflects a meaningful chance of the company obtaining significant profits from Covaxin, and I consider the actual chance of it doing so to be insignificant. Therefore, OCGN is one of the stocks to short.

In the electric-vehicle wars, as in most conflicts, there will be both winners and losers. For a variety of reasons, I’ve long identified Workhorse as being in the latter category, and recent developments have only strengthened my view that WKHS is among the stocks to short.

Workhorse’s CEO, Rick Dauch, said in a statement on Dec. 28, “We are on track with our plans to ramp up production and deliveries across our W4 CC, W750, and W56 (EVs) in 2023 and beyond,” and the automaker added that it “continues to expect to generate significant revenue growth in 2023, as it ramps up production of its products.”

However, indicating that the company’s 2023 outlook remains highly uncertain, I was unable to find any specific guidance for its 2023 production or deliveries.

Making matters worse for Workhorse, unlike a number of its rivals in the commercial EV space, WKHS still does not appear to have recruited any huge customers or partners.

Meanwhile, the company appears to be on track to sell more shares of WKHS stock. And despite all of these issues, the shares still have a rather high market capitalization of $294 million. 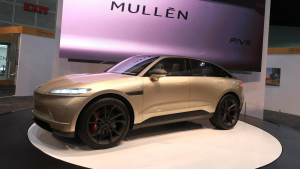 Mullen (NASDAQ:MULN) is another EV maker that has been on my “loser” list for many months. And like Workhorse, recent developments have only strengthened my bearish view of Mullen and its shares, which are among the leading stocks to short.

It’s true that Randy Marion, which owns Randy Marion Isuzu, appears to also own and operate 11 dealerships in the Carolinas. Still, I’m skeptical about the chances of the company actually spending hundreds of millions of dollars on Mullen’s vans.

Meanwhile, as of the end of the third quarter, Mullen had just $61 million of “cash and equivalents.” That’s a tiny amount for an automaker, as making autos takes huge amounts of cash.

Additionally, in March 2022, Michery stated that MULN was going to reveal an order from a Fortune 500 customer but never, to the best of my knowledge, got around to doing so. Many months later, the CEO explained that the Fortune 500 company in question didn’t actually order vehicles from Mullen but only asked if it could create an EV with “better range and reliability.”

Mullen’s shares closed yesterday at just 36.6 cents, but they still have a rather large market capitalization of $619 million. Thus, it is undoubtedly among the top stocks to short for outsized profits. 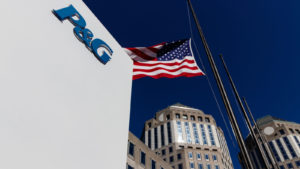 I should clarify that The Procter & Gamble Company (NYSE:PG), which makes all sorts of consumer staples, is not a “loser” company at all. Founded in 1837, the firm delivered a huge $80.2 billion of sales and earnings per share of $5.81 in its fiscal 2022 that ended in October 2022.

But PG stock is a loser because the shares trade at a ridiculously high valuation for a consumer staples maker that’s going to grow very slowly, if at all. Specifically, the company’s forward price-earnings ratio is 26.5, versus the S&P 500’s average of 16.7.

Yet analysts, on average, expect PG’s sales to fall slightly to $79.9 billion this year, and the mean estimate calls for a negligible increase of 3 cents in its EPS this year.

Predictably, PG is viewed as attractive by the Street largely because of fears about the macro environment. But as I’ve pointed out in past columns, with Mastercard (NYSE:MA) having reported a 7.6% year-over-year jump in holiday shopping spending and the Atlanta Fed predicting that U.S. GDP jumped 3.8% in last year’s fourth quarter, the economy is actually doing very well and looks well-positioned to take another percentage point or so of Fed interest-rate hikes in stride.

As fears about the economy ease, PG stock should drop meaningfully.

Like PG, Starbucks (NASDAQ:SBUX) is not a “loser,” but its stock looks very likely to decline this year.

With Starbucks having closed hundreds of stores in the U.S. during its fiscal year that ended in October 2021, my sense is that the company has not truly recovered from the impact of the work-from-home trend.

It’s true that SBUX closed 424 of its company-operated stores in the U.S. during its fiscal 2021. While it launched 449 new locations that year, the coffee retailer is clearly going through some turbulent times in the U.S.

Adding to my dim view of Starbucks’ outlook, the company’s overall revenue rose a measly 3% year-over-year in its fourth quarter, which ended in October 2022. Moreover, its operating margin plunged a huge four percentage points year-over-year to 14.2%, and its earnings per share, excluding certain items, sank to 81 cents from 99 cents.

While the company will get a boost from China’s reopening, it’s facing tough competition from Luckin Coffee (OTCMKTS:LKNCY) in the Asian country. In Q3, despite China’s anti-Covid measures, Luckin’s revenue surged 50% YOY to $548 million.

And in the U.S., Starbucks is encountering growing competition from Dutch Bros (NASDAQ:BROS), whose revenue could approach $1 billion this year and which now has 671 stores in the U.S. Eventually, BROS, which is reportedly quite popular with millennials, plans to have “at least” 4,000 stores in America.

SBUX has a rather elevated forward price-earnings ratio of 31.5x. 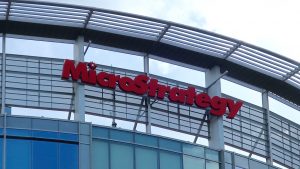 Speaking of high price-earnings ratios among stocks to short, MicroStrategy’s (NASDAQ:MSTR) forward P/E ratio is still  nearly 45x, even though the company is highly leveraged to the failing crypto sector that, in all probability, is doomed to collapse as the Fed makes less “free money” available to speculators.

Overall, the analogy I’d use to describe crypto now is that of a boxer who has taken a bunch of horrible punches and is stumbling around the ring.  As a result, it’s only a matter of time until the boxer is going to be hit with a knockout blow.

Amid the Fed’s tightening and the huge reduction of Washington’s stimulus, crypto has been battered by the popping of the crypto bubble, as cryptos’ valuation has tumbled.  The coins also took another big hit from the collapse of FTX and other crypto exchanges.

Now it’s only a matter of time until the cryptos’ value plunges tremendously, causing speculators to completely lose interest in the asset class and prompting yet more steep declines in the coins’ value. The knockout blow could be delivered from many sources, including increased government regulation, fears about cryptos’ security, or a traditional bubble popping triggered by massive crypto sales by companies and/or billionaires.

As I pointed out in a December column, MSTR had nearly 127,000 Bitcoins (BTC-USD) as of June 30 and subsequently was looking to buy $500 million more of the virtual currency. Consequently, MSTR stock will tumble when the value of Bitcoin collapses, making it one of stocks to short.

On the date of publication, Larry Ramer held a long position in LKNCY and a short position in COIN. The opinions expressed in this article are those of the writer, subject to the InvestorPlace.com Publishing Guidelines.